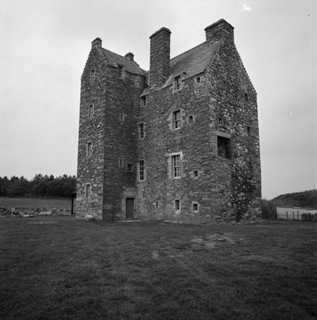 Thousands of pictures taken by British artist John Piper have been published by the Tate Archive. But while many of the locations were documented by Piper when Tate acquired the negatives in the 1980s, and research is ongoing, nearly 1,000 remain to be identified. The Tate need to the help of the public to identify the places shown.

Piper began taking the photographs when he worked with John Betjeman on the Shell County Guides in the 1930s, capturing shots of ruined abbeys, churches, old shop fronts and country inns. There are nearly 6,000 black and white photographs celebrating Britain’s countryside and architectural heritage, spanning 50 years from the 1930s to the 1980s, and covering many parts of the country.

How to get involved

You can view the photographs in one of two ways:

If you have any information on the locations and date of the images, please email Tate’s archivists at archive.enquiries@tate.org.uk referencing the Tate Gallery Archive (TGA) number.

The Tate would also like to see how the places that Piper photographed look today. Upload your own photos to the Tate website by creating an Album, add Piper’s photos of the area as well as your own, then publish your album.

The new items are published as part of the Archives & Access project, supported by the Heritage Lottery Fund with a grant of £2 million. The project draws on the world’s largest archive of British Art – the Tate Archive – and brings it together online with Tate’s art collection, giving unprecedented worldwide access to original materials.

The only information I have is above... Maybe contact the Tate directly?

Is there a listing, county by county, perhaps, town by town, illustrating those Piper pics definitely requiring location or other ID to be specified? Otherwise, trawling through every single photo becomes rather tedious when so many of the photos are seen to be already titled.