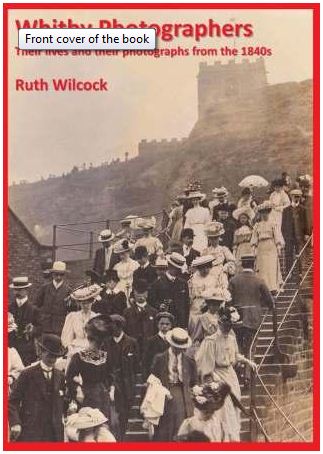 st published her book "Whitby Photographers, their lives and their photographs from the 1840s" that can be purchased via her website http://towlard.com. It has 218 pages A4 containing over 260 photos and 170 illustrations, many never published before that help tell the story of Whitby’s many photographers. Their story is closely woven in with the history of the town, which is illustrated on their cartes-de-visite and postcards. Many of their stories have never been published before, and for those that have, like Sutcliffe, Watson and Ross, much new information has been discovered, including links with Beatrix Potter. Lewis Carroll pops up like the White Rabbit in Samuel Braithwaite’s studio on several occasions. The history of the Camera Club, founded in 1897, and the later Photographic Society is also told.

Two photographic “dynasties” are represented in the town’s photographic history - the Seaman family, originally from Chesterfield, who were in town for a few years, and the Doran family, who came to Whitby via London and Peterborough and stayed in business for 85 years. There is a short chapter on photographers of the district, including Henry Charles Morley of Staithes and Joseph Readman of Glaisdale.