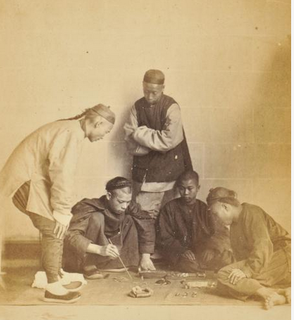 Dropped off by a couple from Cumbria who happened to be in the area, the auction house originally priced the photos at £2,000 but a huge amount of interest among bidders saw the photos snapped up for £12,000 from an anonymous buyer in London on Thursday, April 10. The photos, which are among the earliest ones to have been pasted into a publication, were taken from the China Magazine which ran for two years between 1868 and 1870.

Further details can be found here.