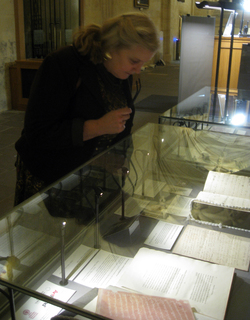 The Bodleian Library, Oxford, last night held a reception to thank supporters and donors who have helped it secure the Personal Archive of William Henry Fox Talbot. The event was held on the 214th birthday of Henry Talbot who was born on 11 February 1800.

The original public appeal also brought to light an collection of 42 photogenic drawings by Talbot which are now also in the library. Despite poor weather and flooding amongst the guests were Sir John and Lady Venables-Llewelyn, Hans P Kraus, Noel Chanan, along with individuals donors and library staff. Richard Ovenden, Interim Bodley's Librarian, and the driving force behind the acquisition was unable to attend through illness but was toasted at dinner.

The library has a small amount to find before an August deadline and will be holding a fundraising auction in conjunction with Sotheby's at the beginning of May. It has plans to digitise much of the archive and it will be made available to researchers and the public. Already part of it has been used to create new photographic arts work. Watch this space for more information. Images: a small display of part the Talbot Archive at the Bodleian Library: © Michael Pritchard 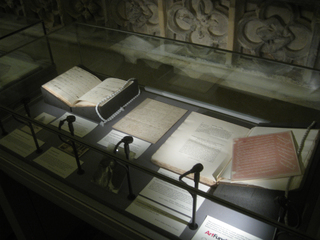