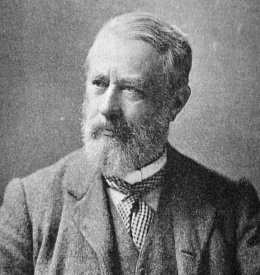 The Blue Plaques Group is unveiling a blue plaque to photographer Henry Peach Robinson on Wednesday, 23 September, 2015 at 2.30pm. The unveiling will take place at 60-64 Parade, Royal Leamington Spa, CV32 4DB and the plaque has been supported by The Royal Photographic Society and Leamington History Group. Following the unveiling there will be tea and a short talk at Leamington Town Hall. Anyone wishing to attend should RSVP to the Clerk to the Town Council, Town Hall, Royal Leamington Spa, CV32 4A, tel: 01926 450906, or email: clerk@leamingtonspatowncouncil.gov.uk no later than 16 September, 2015.

Robinson was a founder member of Birmingham Photographic Society (1855), published a number of books on photographic practice and wrote extensively in the periodical press of the time. He is perhaps best known for his combination printing and exhibited works such as Fading Away. The RPS Collection holds a large number of his work.

The only substantive study of Robinson is Margaret Harker's Henry Peach Robinson. Master of Photographic Art 1830-1901 (1988).