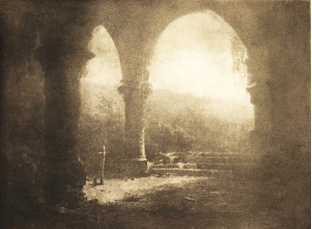 An international conference on recent

advancements in scientific, art historical, and conservation research relating to the

Co-organized by the National Media Museum

and the Getty Conservation Institute

This two-day conference will present the results of new, unpublished research and scientific investigations, which have been undertaken during the NMeM and GCI Collaborative Research Project. In the Royal Photographic Society Collection at the National Media Museum are three plates by Niépce. The conference will address the research and conservation of these photographic treasures, and will discuss future conservation measures that would provide for their long-term protection and preservation. The reason why Niépce brought these plates to England, and their subsequent history, will also be outlined more fully than previously published.

• Joseph Nicéphore Niépce and his work

• The first six photographs brought to England by Niépce in context

• Dating and conservation of the original frames

• Conservation and preservation issues related to the Niépce plates

The full schedule and speaker biographies can be viewed at the museum website at http://www.nationalmediamuseum.org.uk/Photography/niepceinengland.asp

• Conference participants will have a very unique and unprecedented opportunity (that may not be repeated in our lifetime) to view all three Niépce plates ‘out of their frames’, enabling participants to closely examine the surfaces and reverse of these unique photographic treasures. The plates, and their conserved frames, will be on display throughout the conference in the Kraszna-Krausz Print Viewing Room, in the NMeM Research Centre.

• A Conference dinner will take place on Wednesday, October 13th, 7pm – 10pm at the National Media

Museum. Tickets for the dinner need to be purchased with your conference ticket at a cost of £22.

Formal registration for the Niépce in England conference is now open. Please note that attendance to the conference is limited. All registrations will be handled on a first-come, first-served basis. If you have already registered initial interest in the conference you are not guaranteed a place and will still need to ring and book your place.

For further enquiries regarding the conference please email rsvp.nmem@nationalmediamuseum.org.uk and we will respond to your enquiry accordingly

Rates range from £55 to £80 for a double room. Early booking is advisable.

National Media Museum in Bradford opened as The National Museum of Photography, Film and Television in 1983 and has since become one of the most visited UK museums outside London. The Museum is devoted to photography, film, television, radio and the web and looks after the National Photography, Photographic Technology and Cinematography Collections. The Museum is home to two temporary exhibition spaces and, a Research Centre that hosts regular displays from its extensive Collections. The Museum’s vibrant programme reflects all aspects of historical and contemporary media practice and issues.

The Getty Conservation Institute works internationally to advance conservation practice in the visual arts—broadly interpreted to include objects, collections, architecture, and sites. The Institute serves the conservation community through scientific research, education and training, model field projects, and the dissemination of the results of both its own work and the work of others in the field. In all its endeavors, the GCI focuses on the creation and delivery of knowledge that will benefit the professionals and organizations responsible for the conservation of the world’s cultural heritage.

This conference is kindly supported by a number of organisations & private individuals, including:

The University of Bolton