The National Media Museum in Bradford has purchased the historically important and unique photograph album, Miniature Edition of Mrs Cameron's Photographs From the Life, 1869 by the eminent British Victorian photographer Julia Margaret Cameron. This acquisition has been made possible through funding from the Heritage Lottery Fund (£10,000) and £5,000 from The Art Fund, the UK’s leading independent art charity. Exclusive details of the content and pictures are given below.

Cameron was presented with her first camera in 1863 at the age of 48. She embraced photography with a passion bordering on obsession, creating an unrivalled collection of portraits characterised by their remarkable intimacy. Cameron is now recognised as one of the most influential figures in the history of photography.

This unique album, the whereabouts of which was previously unknown to Cameron scholars, researchers and the general public, was identified during research undertaken by Philippa Wright, Curator of Photographs at the National Media Museum.

Philippa Wright said: “Acquiring the album is an important addition to the National Media Museum's world class and unrivalled collection of Julia Margaret Cameron’s work. The acquisition will enable us to make accessible a previously privately held object to our visitors, which last year exceeded 735,000 and included international photography scholars.”

Fiona Spiers, Head of Heritage Lottery Fund, Yorkshire and the Humber, said “Over the past 14 years we’ve been helping to keep the UK's collections alive by supporting grants for acquisitions. This particular acquisition is of major significance and will enable this important photograph album to go on public display and enhance the National Media Museum’s existing collection of Cameron’s work."

David Barrie, Director of The Art Fund, said: “This is an extraordinary piece, demonstrating Julia Margaret Cameron’s varied career – not only did she successfully capture eminent figures of her day, she also recorded intimate moments amongst friends and relatives. This album will enrich the National Media Museum’s substantial photographic archive, bringing pleasure to specialist researchers and general visitors alike. We are delighted to be able to continue our support of the Museum with this acquisition.”

The National Media Museum will conserve and make digital copies of the album, preserving it for future generations. There are plans for the album to appear as part of an interactive display in the Museum and permanent access to the album and the Museum’s collection will be available via the Museum’s research facility, Insight.

The National Media Museum holds the largest and most comprehensive collection of Cameron's work, consisting of photographs, ephemera and letters, including her hand written autobiography 'Annals of My Glass House,' and the original lens from her camera.

Since the National Media Museum opened in 1983, The Art Fund has given £430,722 towards new additions to its collections, including two other sets of works by Julia Margaret Cameron.

The album is titled:
Miniature Edition of Mrs Cameron’s Photographs From the Life, 1869 by Julia Margaret Cameron for her Son Hardinge Hay Cameron, and contains the following images: 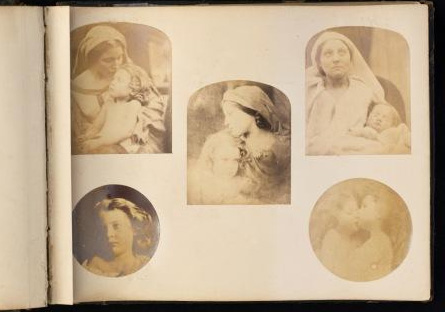 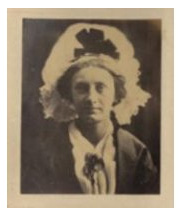