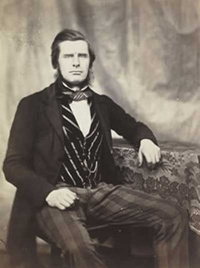 An online event with Dr Jan Graffius, curator of collections at Stonyhurst College, who will be talking to Gilly Read FRPS about Roger Fenton and his photographs of Stonyhurst and the surrounding countryside.

The talk is free and can be booked here: https://rps.org/stonyhurst