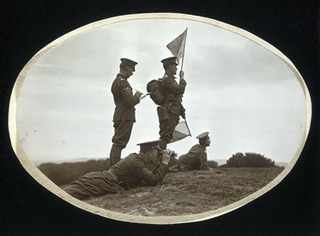 Horace W. Nicholls was one of Britain’s best known photographers of the early twentieth century. As one of the world’s first true photojournalists, his work shaped that of succeeding generations. Nicholls reported the 2nd Anglo-Boer War in South Africa. He established legal copyright in photographs in a landmark court case in 1901. He documented the impact of total war on the British people, and, as Britain’s first official photographer on the Home Front, had unique access, particularly to women war workers. After the war, he became the new Imperial War Museum’s Head of Studio (Chief Photographer) where he worked to secure and develop the IWM’s photographic collections and documented the evolution of commemorative activities. Today, many of Nicholls’ photographs are familiar but little is known about the man who took them. There has been no significant research, publication or exhibition of his work for forty years. 2017 will be the 150th anniversary of the birth of Horace W. Nicholls and the centenary of his appointment as the first Ministry of Information Home Front official photographer in the First World War. It is also the centenary of IWM’s request to Government that he create a photographic essay of women’s contribution to the war effort.

Horace Nicholls’ archive, comprising photographs, sketches, documents and printed materials, is now dispersed and little known – a factor which has contributed to his disappearance from public view. The archive is preserved as part of the Royal Photographic Society collection (pre-1914), by the IWM (for the period 1914-36), and by the Horace Nicholls estate. This project will examine these three collections in the context of the First World War centenary; properly evaluate the achievements of Horace Nicholls; the influences that drove him; and the significance of his legacy in terms of: