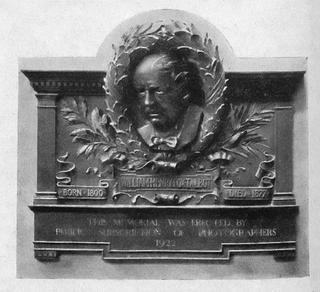 In 1922, an appeal went out from the Royal Photographic Society to suitably recognise the inventor of photography, William Henry Fox Talbot.  Many photographers were happy to join in the subscription and more than £200 was raised (equivalent to about £10,000 today).  In September 1924 the bronze and marble memorial was unveiled in the library of the Society’s headquarters, 35 Russell Square (near the British Museum).  It was crafted by George Hawkings, a monumental sculptor then based in Shepherds Bush, London.  He was President of the Hampshire House Photographic Society, a pioneer in the use of colour photography, and a fine worker in photogravure.  When he died in 1937, he merited a full page obituary in The Photographic Journal.

below: from the British Journal of Photography – the size of the memorial is not recorded 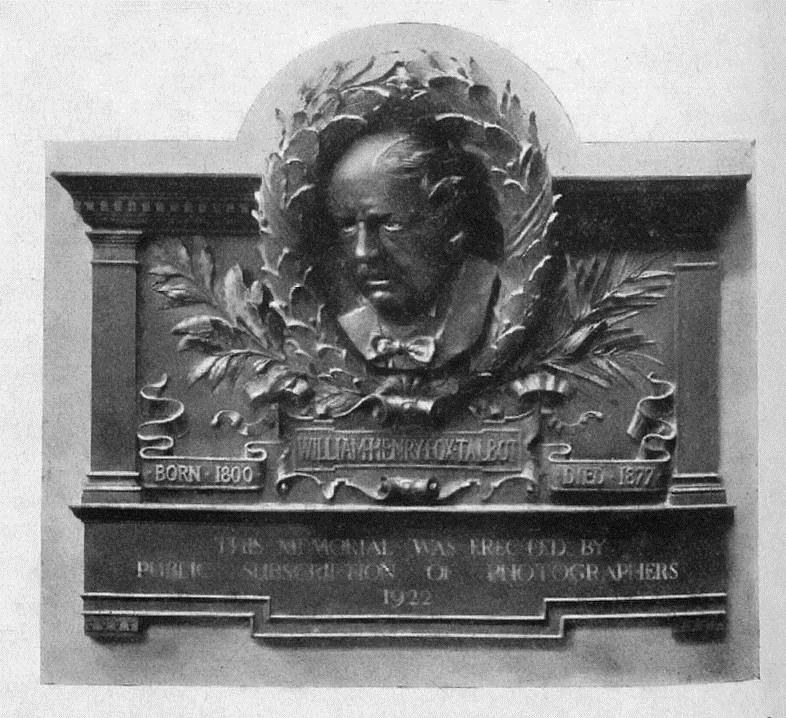 In 1938, the Society realised that it was losing its lease on Russell Square and sought out a new home, finally settling on an address in Princes Gate.  The move was accomplished early in 1939 and by July the Society’s former quarters had been demolished.

Astonishingly, the last record of the Talbot memorial that I have been able to trace was a proud mention in Hawkings’s 1937 obituary.  Even though 1939 celebrated the centenary of photography, and Miss Matilda Talbot spoke to the Society about her grandfather, nothing was said about moving the memorial.  It would seem astonishing that such a recent and popular piece of history would have been left behind that year – it would not have been difficult or expensive to move – yet nobody that I have spoken to who was familiar with Princes Gate or any of the subsequent Society headquarters has any memory of it.  No published mention of it has been traced after the 1937 obituary. 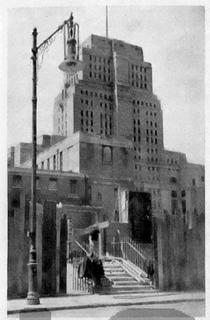 If anyone has any information on the fate of this memorial, it would be appreciated.  If anyone spots any published reference to it after 1937, that could be very helpful.

right: what was left of the Society’s Russell Square headquarters by July 1939 – BJP

Michael, Drop a note to SALVO in the UK  - 'Gateway to the world of ARCHITECTURAL SALVAGE & ANTIQUES, RECLAIMED BUILDING MATERIALS, beams, bricks - here: http://www.salvo.co.uk/ A friend of mine Thornton Kay runs the site, I am sure he would be happy to put this request online through his newsletter and the trade in general, I'll email you his contact details seperatly....

Enjoying the work you are doing at BPH!