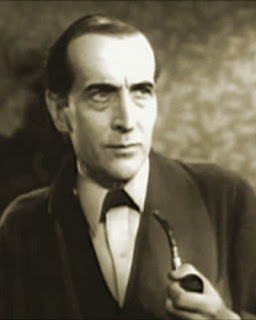 According to Dr. Jan-Christopher Horak, Director of the UCLA Archive, more than 100 films about the iconic British detective are lost or are in need of restoration or preservation. A blue ribbon committee has been formed to lead the search. Also participating are such notables as Nicholas Meyer, author of the book and Oscar-nominated screenplay of The Seven-Per-Cent Solution and a leading silent film historian, Kevin Brownlow. 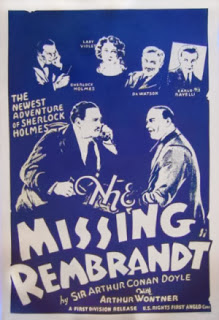 Arthur Conan Doyle’s Sherlock Holmes is one of the most popular characters in all literature. The Victorian detective has made the leap countless times from the printed page to the motion picture and television screens. Beginning with his first appearance in “A Study in Scarlet” in Beeton’s Christmas Annual in 1887, Holmes has inspired aficionados internationally and is the most-filmed character in the world.

More than 200 films about the British detective have been produced; the first was “Sherlock Holmes Baffled,” a 30-second motion picture released originally for arcade Mutoscope machines in 1900 and copyrighted in 1903.

Among the lost films are: a British production of A Study in Scarlet, produced in 1914; a Danish series, produced by Nordisk films, beginning in 1908; The Missing Rembrandt, produced in 1932, starring Arthur Wontner; and many more.

Spearheading the search is Archive Board and BSI member Barbara Roisman Cooper. For further information about the project or suggestions regarding the search please contact her at peninc1@aol.com.