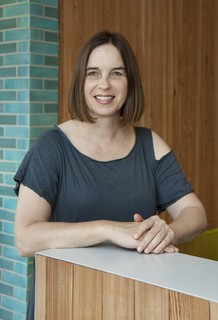 Kate Bush has been appointed by Tate Britain to the new post of Adjunct Curator of Photography, starting in October 2017. Kate is a curator and critic specialising in contemporary art and photography. She was most recently Head of Photography at the Science Museum Group – including the Science Museum in London and National Media Museum in Bradford which she joined in 2014 – and was previously Head of Art Galleries at the Barbican Centre in London.

She will work with Ann Gallagher (Tate’s Director of Collections for British Art), Alex Farquharson (Director of Tate Britain) and Simon Baker (Tate’s Senior Curator of Photography and International Art) alongside Tate Britain’s wider curatorial team, researching and building the collection of British photography and curating exhibitions and displays at Tate Britain.