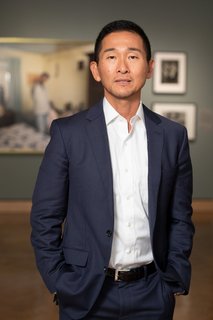 Tate Modern has announced the appointment of Dr Yasufumi Nakamori as its new Senior Curator, International Art (Photography). Nakamori will lead on the development of Tate’s collection of photography and on the programme of photography exhibitions and displays. He will take up the post in October 2018. He replaces Simon Baker who has moved to  the Maison Européenne de la Photographie in Paris. (See: http://britishphotohistory.ning.com/profiles/blogs/tate-modern-s-si...).

For the past two years, Nakamori headed the department of photography and new media at the Minneapolis Institute of Art, developing new displays of photography and time-based media within the context of a global encyclopaedic art museum, including staging exhibitions with Leslie Hewitt, The Propeller Group, Omer Fast, Naoya Hatakeyama and most recently Amar Kanwar. He was also responsible for numerous key acquisitions which transformed and diversified the museum’s photography collection.

He previously served as curator of photography at the Museum of Fine Arts, Houston from 2008 to 2016, creating ground-breaking exhibitions such as Katsura: Picturing Modernism in Japanese Architecture, Photographs by Ishimoto Yasuhiro (a recipient of the 2011 Alfred H. Barr Jr. Award for Smaller Museums), and For a New World to Come: Experiments in Japanese Art and Photography, 1968-1979. As a noted scholar of Japanese art and architecture, Nakamori has contributed to numerous exhibition catalogues and has taught graduate seminars at Hunter College and Rice University. He is a 2016 fellow of the Getty Leadership Institute, holds a Juris Doctor from the University of Wisconsin, an MA in Contemporary Art from Hunter College, the City University of New York, and a PhD in the History of Art and Visual Studies from Cornell University.

Nakamori’s appointment continues Tate’s commitment to collecting and exhibiting photography. This reflects the pivotal role photography has played in the story of modern art as well as its ever-greater importance in visual culture today. The number of photographs in Tate’s collection has increased five-fold over the past decade and there have been a host of acclaimed photography exhibitions staged across the four Tate galleries, including Shape of Light: 100 Years of Photography and Abstract Art currently open at Tate Modern.