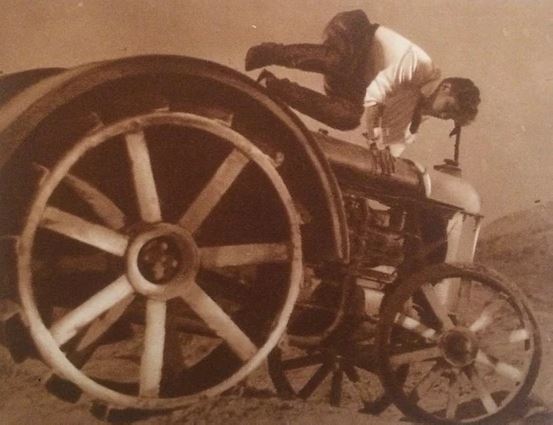 ​VU magazine, which was launched in Paris in 1928 and continued through 1940, was a new kind of periodical -- the photo-illustrated magazine reporting world affairs.  Although the practice of combining photos and text began in the 19th century, in VU photographs became the dominant element, no longer merely illustrative of the text.

Perhaps most importantly, VU recruited and financially 'enabled' some of the most talented young freelance photographers of the era --André Kertesz, Germaine Krull, Man Ray, Brassaï, Alfred Eisenstein, and others -- each of whom was destined to change the face of photography.

During roughly the same period -- from 1929 to 1939 -- Dr. François Debat, owner of the Debat Pharmaceutical Company, published Art et Médecine, a high-quality monthly cultural journal available only to French Physicians.

Art et Médicine is most notable for richly illustrating each issue with photos by many of the same young photographers as VU... especially André Kertesz and Germaine Krull.  It also contained original articles by some of the most important French writers of the period -- including André Maurois, Jean Cocteau, Francois Mauriac, Jules Romains, Maurice Maeterlinck, and Collette.  The quality of the paper and printing of the journal is extremely high.

Those readers who have an interest in Photojournalism can view approximately 500 otherwise 'lost works' by André Kertesz, Germaine Krull, Man Ray, Brassai and others by clicking on the "Early Photojournalism" tab at my website: antiqphotos.com.

An joy to go through. Thank you for sharing here.